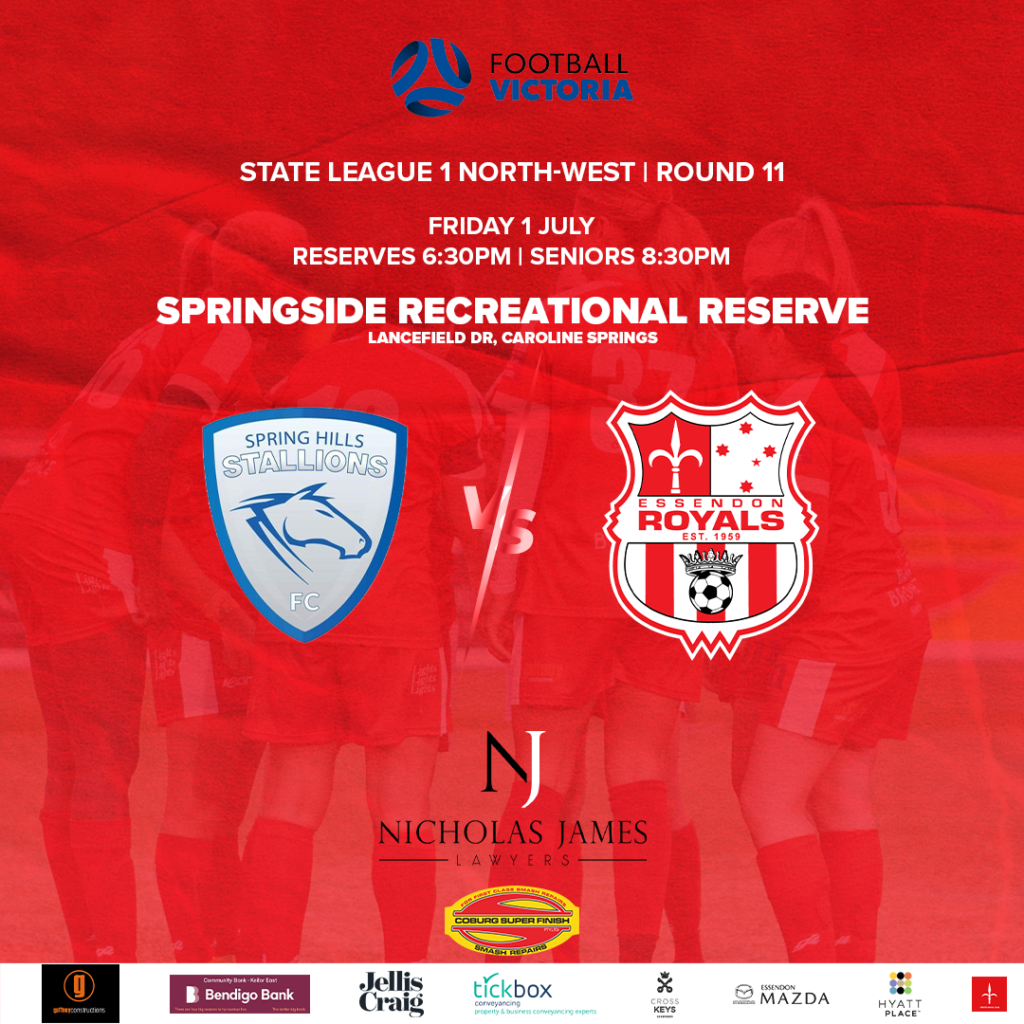 The Essendon Royals Senior Women set-up will undergo another crucial Friday night under the lights as they take on Spring Hills FC.

The Royals Women’s side is currently sitting in second place, three points off league leaders Brunswick Juventus FC and four points ahead of Spring Hills who have a game in hand.

A genuine six-pointer, the Royals will be eyeing off a win to ensure they keep pace with Brunswick, ahead of their clash at De Chene Reserve next week, whilst putting serious distance between themselves and the Stallions.

There is no denying the stakes are incredibly high for the Royals on Friday night.

Thankfully, the Royals have nothing but positivity coming into this game as they have extended their undefeated run over the past 7 games with a 5-1 victory over Elwood City last Friday night.

If the Royals can maintain their spectacular form heading into the game on Friday night, there is no reason why they can’t walk away with all three points.

A player to look out for from Spring Hills is the on-form Dayna Stevens, in 9 matches she has scored 11 goals making her the fourth top goal-scoring in the league.

If the Royals can keep her quiet on Friday night, then they can look to have a solid defensive display as no one else on the Spring Hills side has managed to score over four goals this season.

The Reserves will look to maintain their 100% record as they will look to take a step closer to winning the title. They have all the momentum possible going into this game and are massive favourites to leave with all three points on Friday night.

League leaders Brunswick Juventus will be looking to avoid the banana skin Spring Hills Stallions slipped on when they take on Bundoora United FC on Sunday.

Brunswick will be looking to maintain their distance from the Royals with an important win at De Chene Reserve.