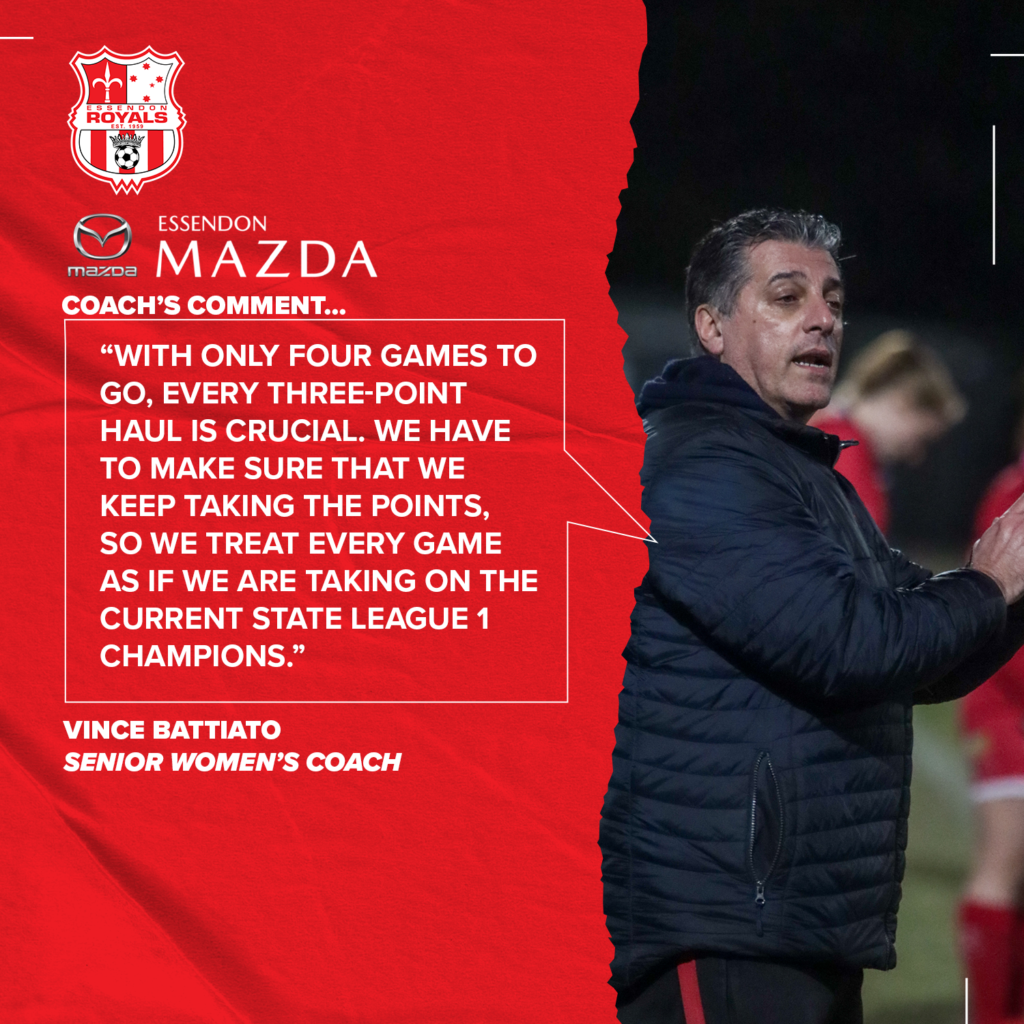 Essendon Royals Senior Women coach Vince Battiato is full of praise for the job being done at Craigieburn City.

However, he still expects his team to pick up the crucial three points at Aston Fields.

Craigieburn has undergone something of a revival over the second half of the season, picking up some fantastic results as they look to cement their place in the division for next season.

The Royals beat Craigieburn 12-0 last time they met, but Battiato said he didn’t expect another 12-goal haul on Sunday.

“I have a lot of respect for their coach, Tony, and what they’re doing, but I do expect us to win and we know how important the win is with so few games remaining,” Battiato said.

With just 10 goals conceded all season, the Royals have the best defence in the league.

“If we can keep keeping clean sheets and maintain our record as the best defensive team in the league, we’ll stay in a good position.”

The Royals are close to securing promotion, but every point – and every goal – will count.

“With only four games to go, every three-point haul is crucial,” he said.

“We have to make sure that we keep taking the points, so we treat every game as if we are taking on the current State League 1 champions.”

Battiato said the squad was healthy and brimming with options, meaning the Royals are in a good place heading into Sunday’s match at Aston Fields.