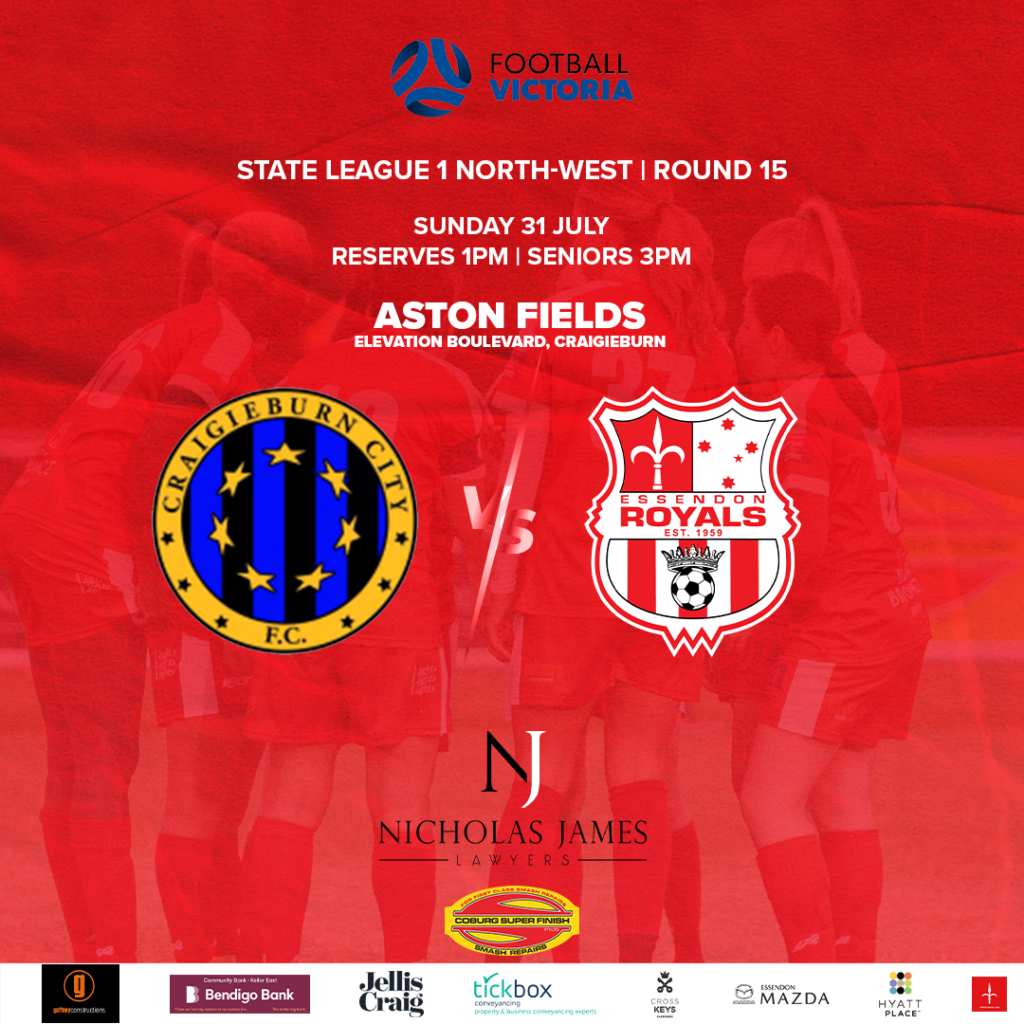 The Essendon Royals face another must-win match on Sunday, as they travel to Craigieburn City FC.

It remains incredibly tight at the top of the Women’s State League 1 North-West ladder with just four games to play.

WIth both a title victory and the possibility of missing out on promotion altogether a possibility, coach Vince Battiato has a laser-like focus on ensuring his players get the job done professionally against Cragieburn City.

Whilst they have suffered heavy defeats, including against the Royals, City sits six points clear of the bottom two sides.

Since that game, Cragieburn has picked up credible results against Clifton Hill, La Trobe University and Keilor Park to help them climb the table and steer clear of immediate relegation danger.

The Royals, however, will be looking to recreate their scoreline last time out, with every goal potentially proving crucial for goal difference in the race for promotion and the title.

In the earlier kick-off, the Reserves could all but confirm the title on Sunday.

The Royals have a six-point lead over second-placed FC Clifton Hill with four games to play and a win on Sunday would mean it would take an unmitigated disaster for the Royals to let the title slip from here.

The Reserves have scored an incredible 103 goals in 14 games, including the 26 they put past Craigieburn last time out.

In the other game of the round, FC Clifton Hill host Spring Hills FC at Quarries Park.