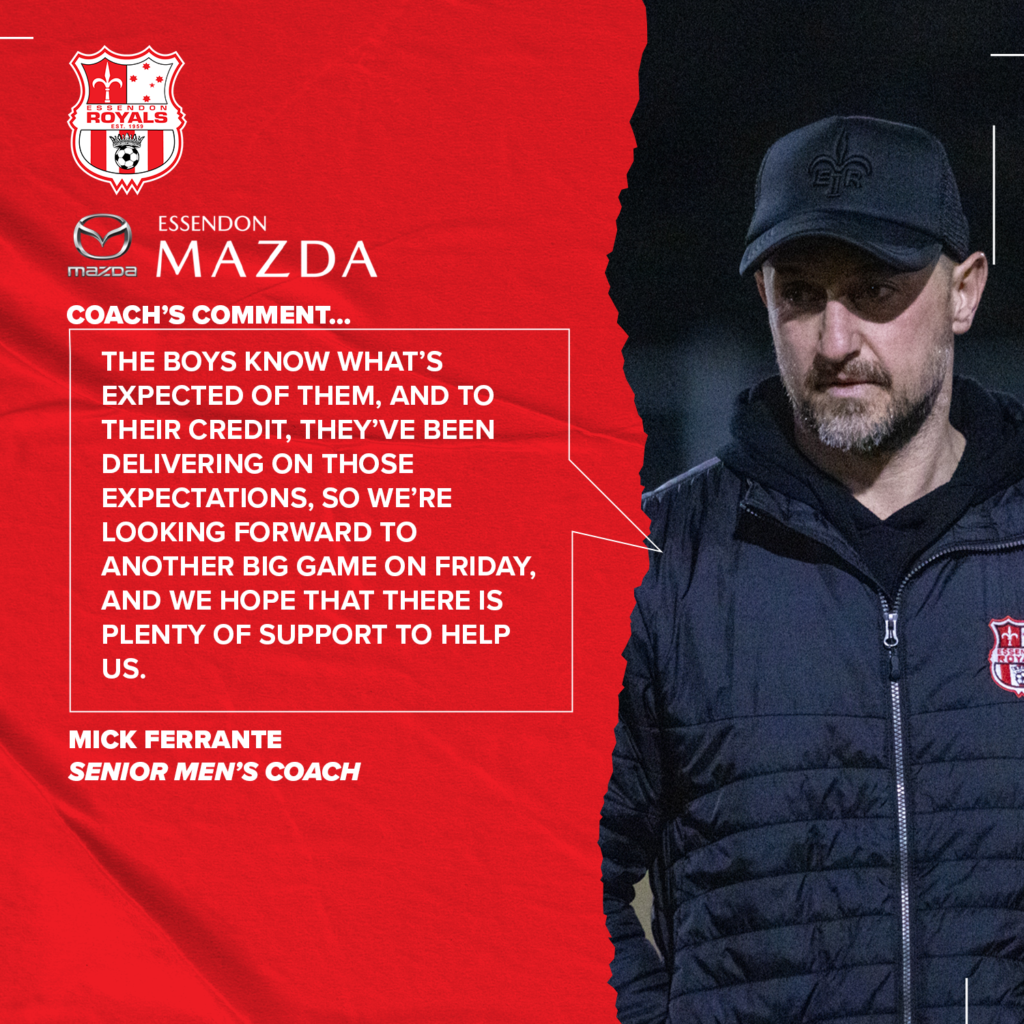 Mick Ferrante has called on his players to revive the same fighting spirit that saw his Essendon Royals come from behind to defeat Brimbank Stallions three weeks ago when they host the fellow Italian club at Cross Keys on Friday night.

The Royals take on the Stallions in this week’s catch-up round after the Round Seven clash was postponed.

The two faced off three weeks ago at Club Italia, with the Royals fighting back from 1-0 down in treacherous conditions to seal a 2-1 victory, one of the most important wins of the campaign.

“That was one of the games that pleased me the most,” Ferrante said.

“For the boys to show that character, to keep going in a game where the conditions were absolutely woeful and suited them, was amazing.

“But that’s in the past now, and we need to ensure we bring that same attitude from the first minute on Friday.”

Ferrante said he didn’t think the recent win gave his side too much of a mental edge.

“It’s not a bad thing to have going into the game, but I don’t know if it’s going to be a game-changer, either,” he said.

“It probably makes them hungrier to beat us too. We know what to expect from them and we know that when you play Brimbank, you need to have your head in the game and be ready for the battle, so that’s what we’re aiming to do.”

As has been the case for the last few weeks, the result today could play a massive result in assuring the Royals promotion into NPL3.

With nine points to play for, the Royals are four points clear of third-placed Sydenham and with Sydenham not playing their catch-up game (against FC Strathmore) until later in the season, the chance to go seven points clear is one Ferrante does not want to miss.

“We’re taking it one game at a time, but we’re happy with the position we’re in,” he said.

“The boys know what’s expected of them, and to their credit, they’ve been delivering on those expectations, so we’re looking forward to another big game on Friday, and we hope that there is plenty of support to help us.”