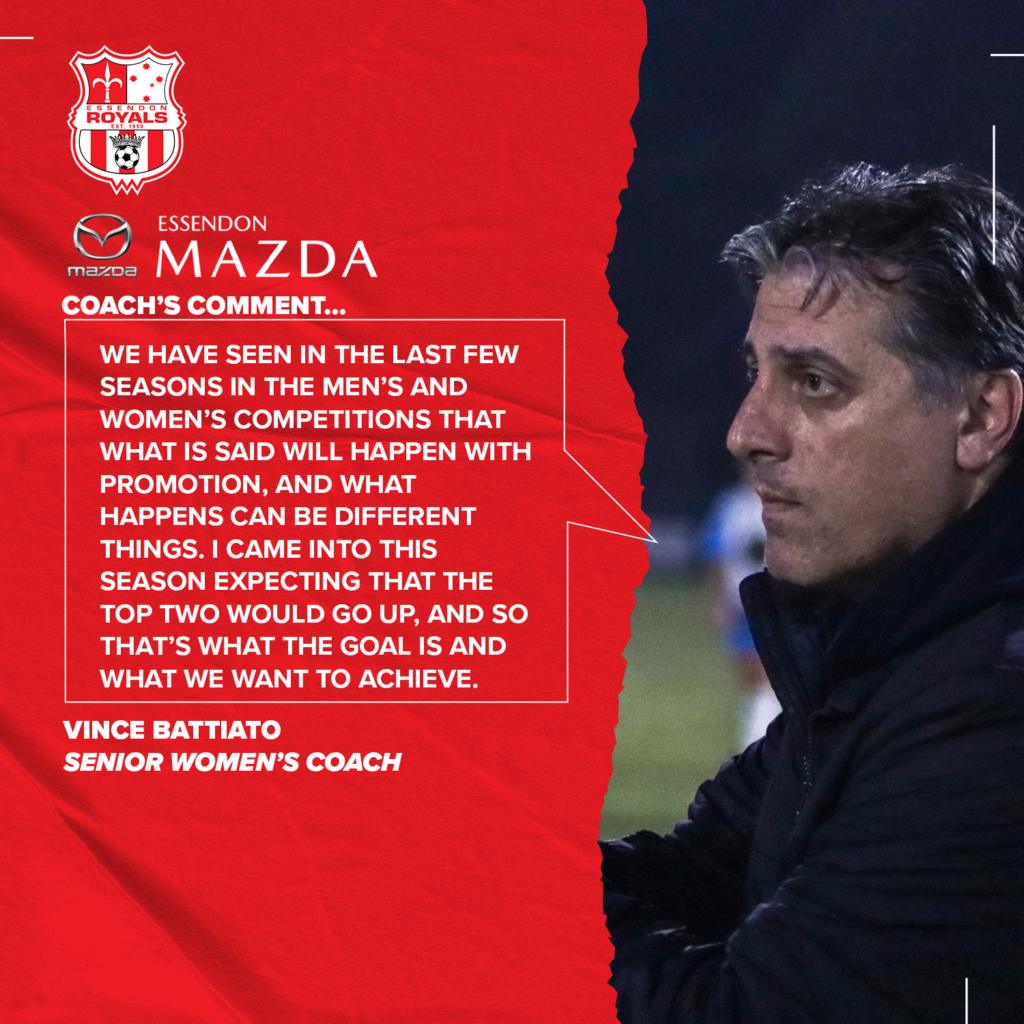 With a document littered with “maybes” doing the rounds following a Football Victoria release earlier this week, Battiato is remaining cautiously optimistic.

“We won’t be celebrating anything until a top-two spot is confirmed,” Battiato said.

“I don’t think anything is set in stone when it comes to promotion from our league, and I won’t be comfortable until I know we are finishing in the top two.

“There are still three games to achieve that.”

The Royals have a week off this week with no games scheduled this week.

Essendon has been amongst the front-runners all season, but with Battiato heading into the season under the expectation that only the top two would be promoted, he is keen to keep his team focused with three games still to play and a tougher run home than third-placed Spring Hills Stallions.

“We have seen in the last few seasons in the men’s and women’s competitions that what is said will happen with promotion, and what happens can be different things,” he said.

“I came into this season expecting that the top two would go up, and so that’s what the goal is and what we want to achieve.”

The Royals have three games to play to see out the season.

With a three-point buffer over Spring Hills with three games to play and goal difference by no means definitive, every one of the nine remaining points remains critical.

The Royals take on Keilor Park (H), Bundoora United (A) and La Trobe University (H) in the last three games.

League leaders Brunswick Juventus, who are only two points ahead of the Royals, face FC Clifton Hill (H), North Geelong Warriors (A) and Craigieburn City (H).