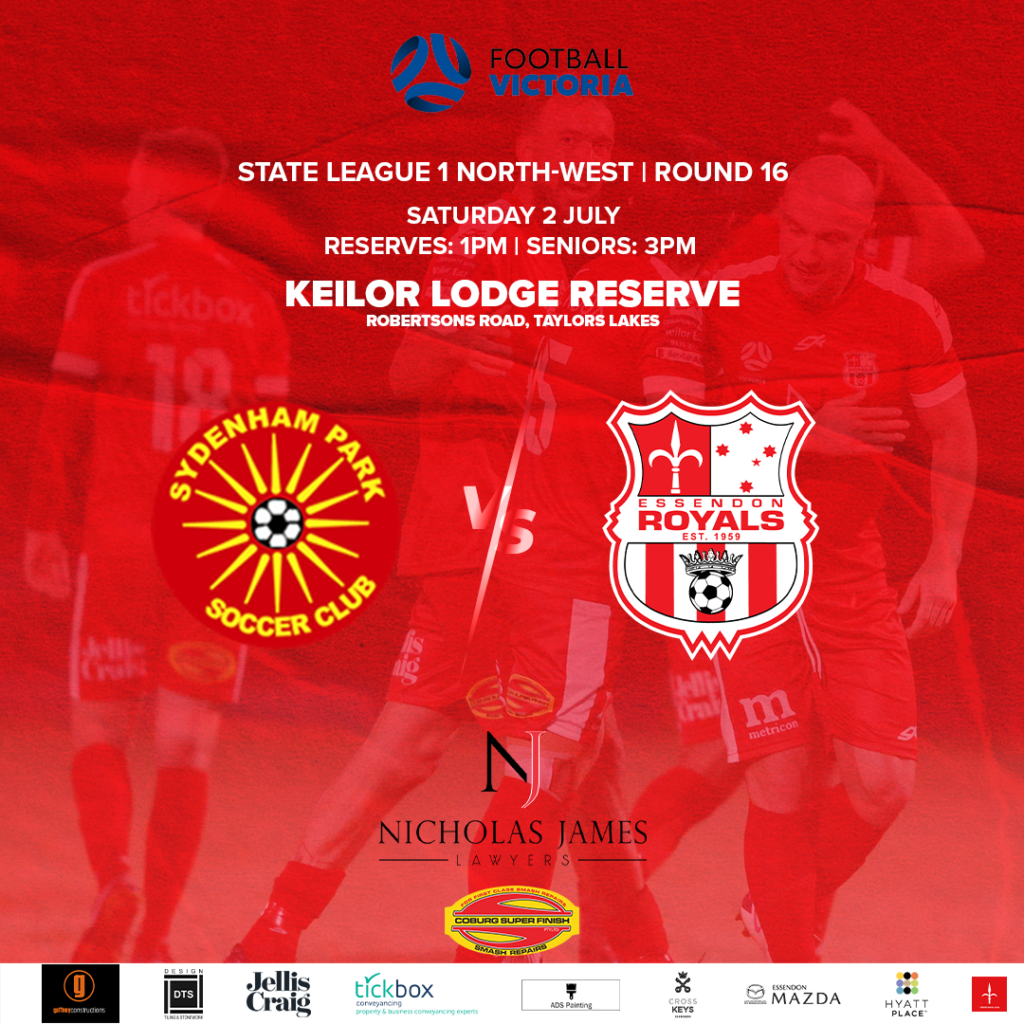 Essendon Royals will look to bounce back after their disappointing result against FC Strathmore as they head down to Keilor Lodge Reserve on Saturday afternoon to take on Sydenham Park FC.

The Royals have ended the month of June with a good number of results in both the Senior and Reserves, however with big games coming up against promotion rivals in consecutive weeks, the Royals know the margin for error is slim.

The last time the Royals faced Sydenham Park, the Royals came away with all three points in a close match up which ended 2-1 with a last-minute penalty being scored by Davey Van’t Schip.

Sydenham Park is currently sitting in second place with a total of 29 points and a +13-goal difference. They remain two points off George Cross which has a game in hand, and they are one point ahead of the Royals who also have a game in hand.

If Mick Ferrante’s side can win this weekend, the Royals will climb up to second place on the table being two points ahead of Sydenham Park with a game in hand against Brimbank Stallions.

Sydenham Park will be heading into this game with a lot of momentum as they have picked up consecutive positive results over the past few rounds, the most impressive one being their recent 2-1 victory over league leaders George Cross away from home.

A player to look out for from Sydenham Park is Zach Lisolajski, with the teenager having bagged 10 goals in 14 games so far this season making him the second top goal scorer in the league.

With the Royals having the joint best defensive record in the league the Royals will be hoping to maintain their recent good form at the back whilst making the most of the opportunities they create.

The Reserves will look to take all three points away on Saturday as they look to maintain their position in the first place and continue to apply pressure to Corio SC.

Whilst most eyes will likely be on the clash between Essendon and Sydenham on Saturday, Banyule City will be looking to remain in the promotion hunt when they welcome Brimbank Stallions to Yallambie Park Reserve.

League leaders Caroline Springs George Cross have lost their last two games on the bounce and travel to Altona City on Saturday evening.

Kim Reserve has proven a tricky place to travel to this season, with City having only lost once at home all season. Altona is also undefeated in its last five games.